THE BIGGEST SEO TRENDS TO COME OUT OF 2019

There were many SEO trends that came to the surface last year—we’ve decided to take a look back at a few of the biggest SEO trends to come out of 2019:

It’s no surprise that voice search dominated SEO trends in 2019. Voice search SEO has become bigger than ever and it’s likely to keep growing in 2020 as computers are trained to understand speech further. Voice search SEO involves altering your website so that it’s also likely to be found when a user asks their mobile device by voice. No longer is the focus just on what the user will type into Google.

Some methods to improve your site’s voice search SEO includes:

Starting back in July, all new sites have now been indexed using Google’s new mobile-first indexing system. Existing sites have been notified by Search Console once they’re seen as being ready to migrate to this new indexing system.

This means that when Google crawls the web, instead of looking at the desktop version of a website, it will instead look for the mobile version first. Google is now crawling your website based on how it renders on a mobile device compared to a computer.

These days, more people are reaching for their mobile to Google what they’re looking for rather than sitting down at their desktop computer—so it only makes sense for Google to prioritise mobile-first indexing.

It might seem like a no-brainer to some, but the importance of creating a seamless user experience became more important than ever in 2019. If your site is easy to navigate, is quick to load and simply provides the user with the information they need—they’re more likely to stay on your site and Google will notice this.

Ensuring that your website is easy-to-understand and provides the user with a clear and intuitive design are easy methods to help improve the overall user experience.

Wanting more advice on SEO? We Can Help

Australia’s Nation Brand Advisory Council has decided to rebrand the iconic Australian Made kangaroo logo, opting for a mor

If you run a small business, you might be thinking a website isn’t a necessity. Unfortunately, this is a huge misconception

These days, websites have become a necessity for businesses in almost all industries. If you’ve had the same website for a 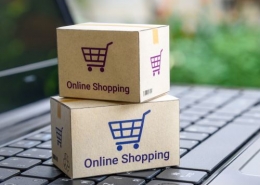 With COVID-19 restrictions starting to ease here in Australia, many retailers are slowly opening their doors again. Before th
Digital Marketing Grants for Small Business: Beat the December Deadline!

Local SEO: What is it & how to leverage it